Interior styles with pictures and descriptions 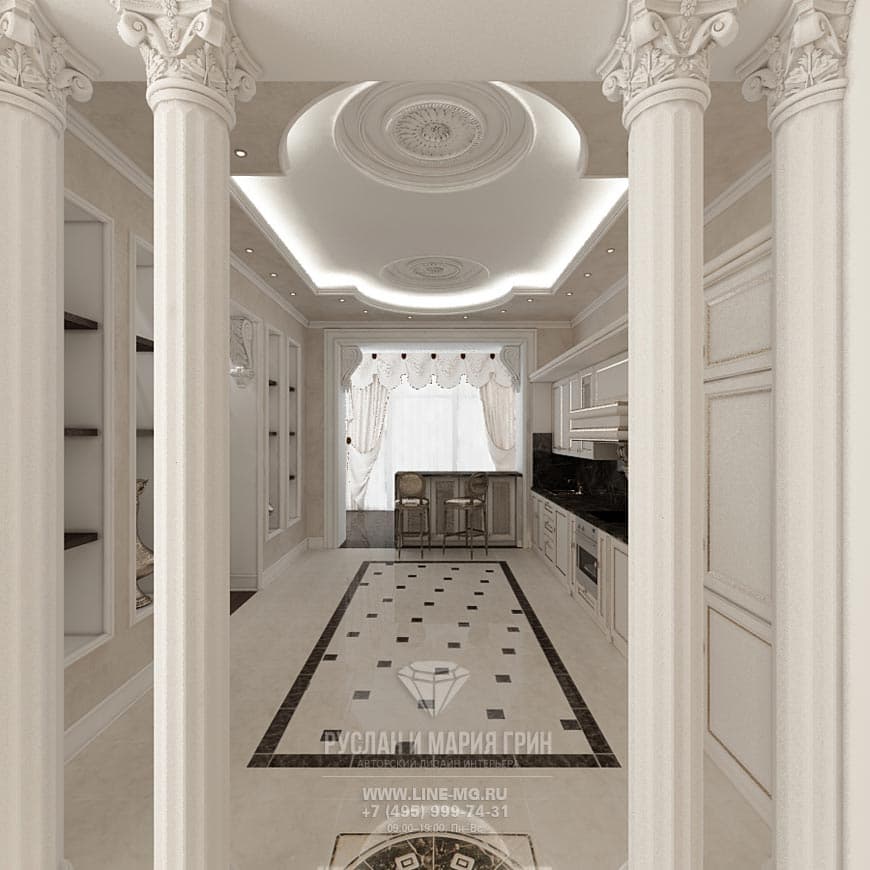 The concept of style was already known in ancient Egypt and Greece, when people decorated their living spaces with wall paintings, vases, statues and other decorative elements. In the course of time, interior styles have undergone some major changes, as they have been influenced by:

No matter how many different methods of decorating there are, all of them are based on a set of characteristics that create a harmonious picture of one particular style. Therefore, a professionally created interior design is always based on a clear understanding of the future style of the premises. Let’s look at the most popular styles that are used for of modern interiors.

Art Deco: what is it?

Art Deco is a relatively young style which emerged around 100 years ago. It was originally designed for the elite, as precious metals and stones, palm wood and mahogany, ivory and other expensive materials were used at that time. Modern interior design style Art Deco includes:

The style combines the seemingly incompatible Egyptian, Greek and African motifs, and it a continuation of a popular Art Nouveau.

This style of interior emerged in Russia in the late 19th century. That’s when people started to design their interiors to meet all their needs and be more comfortable than esthetically beautiful. Art Nouveau is committed to natural colors as well as:

All the colors used in this style are characterized by natural and restraint shades.

Classical style in the interior

As a complete interior style classicism emerged in the second half of the 18th century. Its typical features are:

Light pastel palette and massive furniture of fine wood are common for the classical style. There cannot be any fancy patterns on the furniture. Only a simple floral design is possible.

Empire style in the interior

Adding more details to a classical style gradually led to the Empire. style. Its birthplace is France of early 19th century when grandeur and military glory were held above comfort and coziness. Typical features of the Empire style are:

The grandeur of the Empire style is more appropriate in official establishments.

The Baroque style in the interior

Photo of the interior with Baroque elements

This interior style appeared in the 17th century and was popular for about 100 years. It features luxury and grandeur. The following characteristics are typical for Baroque:

A private interior designer while working with Baroque should remember that each surface in the room carries a meaning and should be decorated with mosaics, stucco, paintings and other decorative elements.

Rococo in the interior

Interior design in this style emerged in the 18th century. It was based on Baroque but added some lightness and intimacy to it. Rococo features include:

Chinese and Indian motifs are also common for this style.

Egyptian style in the interior design

This Egyptian style design project дhas an abundance of patterns. However, the overall look of the room depends more on the owner’s preferences than on the specific rules of the Egyptian interior. In this room you can find:

Common colors for this style are yellow and orange which are sometimes supplemented by blue and green.

Original ethnic style in the interior

An Ethnic interior usually has some elements typically inherent for a people of a culture of design. The most popular types of ethnic style interiors are:

Regardless of the chosen national culture, an ethnic style is rich in decoration items and natural finishing materials.

Pragmatic hi-tech style in the interior

Originated in the late 20th century, the style of hi-tech is characterized by its proximity to the high technology and modern design. Here you can see:

Only photographs and graphic paintings in strict frames look appropriate in this interior.

Constructivism style in the interior

Dining room interior in the style of constructivism

Constructivism (also known as functionalism) is a contemporary style, which appeared in the first half of the 20th century and became a progenitor of the high-tech style. Initially, it emerged after the 1917 revolution in Russia, as a negation of the desire for luxury in favor of functionality. Therefore, a design in the style of constructivism is minimalistic, and instead an emphasis is placed on usefulness and comfort.

This style emerged in the 70s of the 20th century and still has fans among creative people. It is used for apartments, restaurants, clubs, beauty salons and offices. Postmodernism is based on the contrast of cultures, colors, lines and textures. For example, you can find:

The Japanese prefer to live in harmony with nature, so they do not overload their homes with different things. They have only necessary furniture and accessories. A Japanese style interior has:

Among the rare trinkets that adorn a Japanese style room, you can see flower arrangements, netsuke figurines, painted paper fans and bonsai.

Kitchen-living room in an eclectic style

This style does not have any precise features typical for this style. It combines several styles. It is not recommended to combine more than 2 or 3 styles. For example, a combination of Baroque and Empire guarantees a perfect interior, but attempts to mix Empire and hi-tech will inevitably lead to failure.

It emerged in the 12th century. It didn’t look like any other; it did not imitate any existing style. Typically, these house interiors include:

It’s very difficult to design a modern apartment in a Gothic style, so only some elements of this style can be used in an apartment interior.

Spacious loft: what is it?

The origin of the style is based on the economy. People were forced into using abandoned warehouses, factories and other premises with a large area for living. The features of this design are:

Loft-style rooms may look different, but the main features are their spaciousness and good lighting.