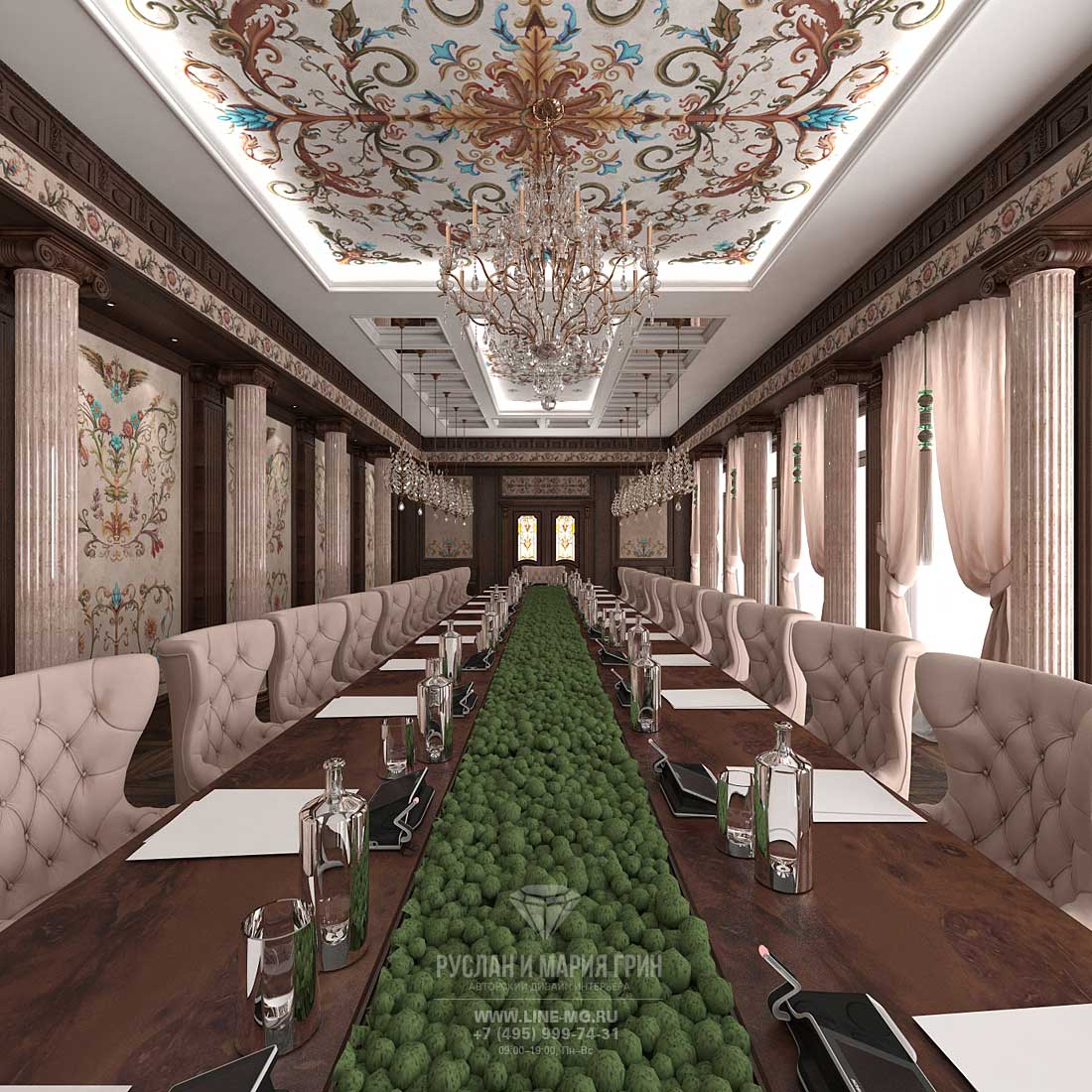 Spacious conference halls in the houses of influential politicians, economists and people of art can amaze with their grandeur and give negotiations a certain level of solemnity and weight. That is why modern designers often choose Empire as a stylistic foundation of such facilities. Nowadays there are new interpretations of a classical style, glorifying imperial power. A new version of the Empire style which can be called "Putin's Empire", is most evident in the works of designers Ruslan and Maria Green, who create quite a lot of suburban residence design.

There is a lounge area near the conference hall. Here we can observe a typical trick used by Ruslan and Maria Green: refined ornaments and bright colorful accents on a neutral background. The designers used similar décor in both rooms: the conference hall and the lounge area. A chandelier with turquoise tones and contours of furniture are reminiscent of Art Nouveau. A fireplace, as a symbol of wealth, embodies respectability and creates a sense of security.

Conference hall interior design which you can always order from Ruslan and Maria Green’s Studio is a good example of how once outdated interior styles get a second life.